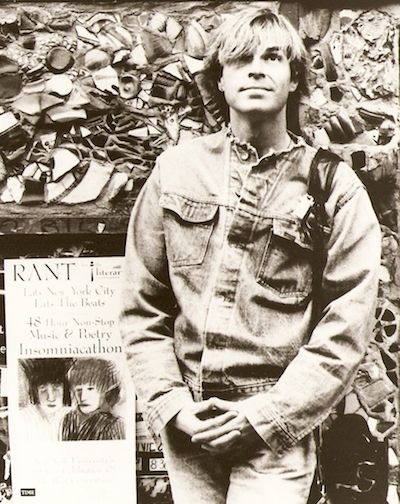 Howard Wuelfing is a veteran of many different aspects of the music industry, having worked as a musician, a writer, and a publicist.

Playing music led to decades of independent music journalism, where he contributed to the Washington Post, Creem, Spin, Your Flesh, Forced Exposure, Boston Rock and the Village Voice over the years. Early in his career, Howard succeeded in publishing D.C. based fanzines DesCenes and DisCords, which helped the early punk scene in that region get recognition.

As a working writer, it was natural that Howard would then move into publicity. His first stint as a publicist was at legendary indie label JEM, supporting acts such as Robert Fripp and Brian Eno, before spending 12 years at Columbia Records, and then his own firm Howlin’ Wuelf Media.  Over the years, Howard has worked with legends like the late Jeff Buckley, the Afghan Whigs/Twilight Singers, and the Feelies, as well as avant acts like Swans, Einsturdzende Neubauten and Devendra Banhardt.

He currently resides in Bucks County, PA, with his wife and several cats.

WELL, IT'S OFFICIAL now. New York is the glitter capital of the rock world and Max's is its major stronghold. That's what an article in ...

AH! FINALLY another platter full of stuff to sear the audial nerves clean of all the CS&N/America/Eagles slush that's been fed to them almost without ...

DON'T BE AFRAID OF CLICHÉS ...

WIRE IS back. After a "sabbatical" of some seven years, the British group released a four-song EP of new material titled Snakedrill, and The Ideal ...

Raging Slab Wants A Place In The Mall Of Fame

RAGING SLAB is arguably the heppest metal-referent band in all of Manhattan, and among the reetest drinking buds you'll find anywhere in these United States. ...

AT THE CORE of the Neubies' schtick is a knee-jerk rejection of every last element considered essential to rock music: guitars, drums, blues-based chord changes, ...