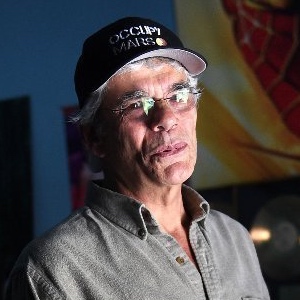 Jeff then joined United Artists Records as Director of West Coast Publicity and worked on the debut albums of ELO, Man, Can and Country Gazette, as well as Don McLean's 'American Pie' and The Nitty Gritty Dirt Band's landmark album Will The Circle Be Unbroken.

From 1974-1977 Jeff was head of publicity for Island Records' US label where he was at the forefront of introducing Bob Marley and reggae to America. Jeff worked with an amazing roster of artists, including Steve Winwood, Brian Eno, Robert Palmer, The Chieftains, Peter Tosh, Bunny Wailer, Sparks, Toots & The Maytals, Michael Nesmith and Richard Thompson.

While at Island, Jeff co-founded Antilles Records as a subsidiary and was its first A&R Director, bringing unique albums from around the world to the revolutionary label. Jeff also produced several albums for Antilles, including two albums of West African music that influenced both Peter Gabriel and David Byrne in their explorations of World Music.

In 1976, Jeff was at a Kingston hotel with Chris Blackwell to film Marley's Smile Jamaica concert and was about to leave for a meeting with Bob when gunmen invaded Marley's complex. Subsequently, Jeff was with Bob for much of the next few harrowing days and produced a (never released) documentary that chronicled the attempted assassination and the triumphant concert that followed.

In recent years, Jeff has been a genre film marketing consultant specializing in science fiction, fantasy, horror and comic book-related movies and was named one of the 50 smartest people in Hollywood in Entertainment Weekly's first annual "Smart Issue" (12/7/07) for bringing Hollywood's attention to the vast network of genre fans and the growing importance of the International Comic-con in San Diego in bringing mainstream audiences to these same films.

THE WHISKY is not the ideal club for the debut of an acoustic band; one whose demands on its audience are more cerebral than physical. ...

IT HAS TAKEN a long time for a whole album of Jackson Browne's music, actually sung and played by Jackson Browne, to be made and ...

Can, Kraftwerk, Tangerine Dream: Techno-Rock: Six Teutons And What Do You Get — A Programmed Sequencer And The Doppler Effect

IN JAPAN, LOCAL bands copy both the look and sound of Western rockers – an imitative art form which thrives while the fans wait for ...

Hawkwind: In Search Of Space

IT'S BEEN an eternity since I've writhed to a record on a physical level, but I still recall fondly those stoned hours spent engrossed in ...

IT IS BOTH a relief and a pleasure that STRIKING IT RICH is as good as it is; as long as I've been familiar with ...

I WISH there were something really great to say about Redwing; I mean, they've been playing together for a lot of years now, they happen ...

TOWNES VAN ZANDT is so much more than just another singer/songwriter. He's a storyteller; a mood-maker. ...

IT IS SOMETIMES extremely difficult to separate an artist from the trend he's involved in; even if there's only a single element that makes him ...

JESSE COLIN Young was a folkie at about the same time we all were. Years of New York City existing, some passionate living in a ...