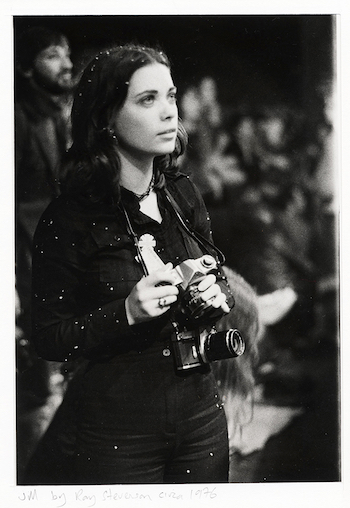 Born in Southern Rhodesia, Jill Furmanovsky emigrated with her parents and brother Michael to London in 1965. She studied textile and graphic design at Central Saint Martins College of Art and Design from 1972 to 1974. In 1972, she became the official photographer at the Rainbow Theatre, a significant venue for rock performances in the 1970s.

Furmanovsky has photographed many major rock musicians. Her book The Moment – 25 Years of Rock Photography was published in 1995, and an exhibition of Oasis photographs, Was There Then, toured the UK and Ireland in 1997. The exhibition was followed by publication of the book Was There Then – A Photographic Journey with Oasis. She has received several awards for her music photography, including the Jane Bown Observer Portrait Award for her portrait of Charlie Watts in 1992.

A Beatles fan MY FIRST ROCK picture, taken circa 1967 on an instamatic camera, was of Paul McCartney with two of my school friends outside his ...

Quest: a search, especially an arduous one, for something that is greatly desired. Example: quest for life's meaning. ...