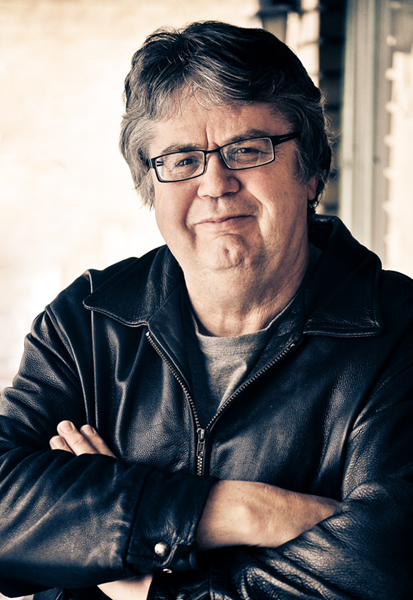 Larry LeBlanc was the recipient of the 2013 Walt Grealis Special Achievement Award, recognizing individuals who have made an impact on the Canadian music industry.

Legendary BBC 2's Bob Harris has described the veteran journalist/broadcaster/archivist as, "the glue that holds the Canadian music industry together."

While Larry has been an influential figure in Canadian music for nearly five decades, he is also recognized as one of the leading music industry journalists in the world.

He is currently senior writer of the weekly U.S. entertainment trade CelebrityAccess overseeing the influential profile series, "In The Hot Seat". As well, he is an on-going consultant to the National Music Centre in Calgary, Alberta.

Larry has had his own music program on Toronto radio stations Q107, CKFM, and CJCL, and has worked extensively at CBC Radio, including being the music producer for "Morningside" and "Dayshift" programs. He was a regular music commentator on "Canada A.M" for 35 years, and has been featured on numerous CBC-TV, CTV, YTV, MuchMusic, and Newsworld programs in Canada as well as VH-1, and E Entertainment in the U.S.; and BBC in the U.K.

He is co-author of the 2010 book Music From Far And Wide: Celebrating 40 Years Of The Juno Awards. He is a board member of the Mariposa Folk Festival in Orillia, Ontario.

The Big Town Boys, Bobby Kris & the Imperials, The Guess Who, The Jon-Lee Group, Kensington Market, Little Caesar & the Consuls, The Lords of London, The Nocturnals, The Paupers, The Stampeders: Problems in Canada

CANADA'S POP music industry is still in the planning stages, in comparison with the U.S. recording market. It is small and disorganized. When 'Shakin' All ...

LIFE ON Yonge St. in Toronto, is a crackerjack maze of flickering neon lights, honking car horns and fast people. ...

CANADIANS are stunned by the vague, awesome level that Joni Mitchell has reached. She was the least-known of the Toronto group of folksingers of the ...

MOTOWN IN the Sixties. The image, if we can narrow it down to one, was slickly packaged blackness. It was Holland-Dozier-Holland producing bump-and-grind jukebox hits. ...

HAL DAVID'S NAME should be a lyric. This prolific American lyricist who turned 90 on May 25, 2011, is chairman emeritus of the Songwriters Hall ...

IT IS APPARENT that there's no measure in contemporary culture to absolutely gauge Brian Eno. His staggering command of several creative disciplines places him alongside ...

YOU ARE GOING to have to wait for a film to make much sense of Toby Mamis' fabulously winding career. ...

IT'S THE PERFECT American fantasy of the '60s. Riding in a Mustang down a rural stretch of highway to the strains of the car radio ...