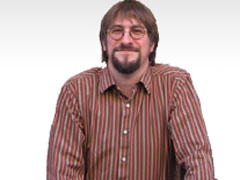 THIRTY-TWO years ago, Bob Dylan got into a little disagreement with his audience during a tour of England. A lot of his English fans at ...

THERE CAN'T BE MANY classic rock albums that rock less than the Beach Boys' 1966 opus Pet Sounds. The fruity orchestral arrangements are about as ...

PREDICTING BECK Hansen's next artistic move is a game for fools and rock pundits only. Any sane person gave up trying long ago. Plot this ...

"PITY ABOUT IT BEING so cold and all," Elvis Costello cracked toward the beginning of his Central Park SummerStage concert last night. ...

WHEN DINOSAUR JR comes to your town, get ready for a unique event: the Dance of the 17 Footswitches. ...

CONGRATULATIONS ON your Grammy nominations. Are you making any bets on how you'll do? ...

Al Green reunites with his partner from his greatest records, producer Willie Mitchell. ...

At Beacon, everybody loves Cool James ...

"WE'VE HAD a joke going recently," Aimee Mann says, "that the new album has three themes: despair, defeat and revenge." ...

A Master of Improv Stresses the Importance of Narrative ...

Bill Nelson meets Robert Wyatt. For 20 years they've bucked the system and made music at the edge of rock. Two vets discuss the never-ending ...

INDIE CRED. It's tough to acquire, but it's even harder to hang onto. Take the case of Pavement, a band boasting a distinctive guitar-based sound ...

The Posies: Blooming In The Afterlife: The Posies

IF YOU MEASURE a band's activity by the complexity of its release schedule, then you'd have to conclude that the year 2000 has been an ...

Radiohead: Radiohead Get The Details

On tour in Spain with five musicians for whom the little things mean a lot ...

Radiohead: The Golden Age of Radiohead

ON A FRIDAY RELAUNCHED itself in the summer and autumn of 1991, playing a series of gigs at Oxford's Jericho Tavern and circulating its first ...

The Slits: The Distaff Side of Punk - The Slits Re-Released at Last

IF YOU ASK PEOPLE to name the most influential punk-rock bands of all time – even people who boast scarily high levels of pop-culture awareness ...

THERE ARE SOME PEOPLE who say that Linda Thompson is the greatest female rock singer alive. I'm not one of them-partly because I think her ...

"THE BIG PROBLEM I have with rock and roll is the rock end of it," says Robert Wyatt. "But I love the rolling. I'm into ...