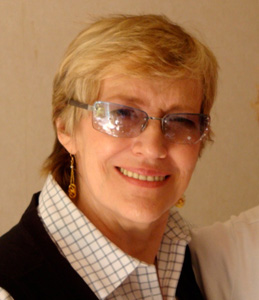 Nancy Lewis wrote for Fabulous in the early '60s, and then wrote for Record Mirror. She also was press officer for Track Records. Nancy died in December 2019.

The Beatles: The Fab Four Step On The Gas

Talk with any boy, and chances are he has a real interest in cars. And our pop star friends are certainly no exception! Brand new ...

"WHAT'S YOUR idea of a 'switched on' girl?" was the question I had come to ask Wayne Fontana and The Mindbenders. To hear their answers, ...

GENE HAS been working very hard editing this issue, but he found out there was still some blank space. So when he stepped out of ...

When The Kinks toured Britain last May, another group on their show created quite a stir everywhere they went. Not surprising, considering they were four ...

Nancy Lewis, FAB's Stateside visitor, was invited to a Herman Recording Session — one with a difference — guaranteed to set the Record Stores' tills ...

The Hollies: Life with the Hollies

Report and Interview by Nancy Lewis, Fabulous, 22 May 1965

Bert Jansch: One of the Roving Kind

THE SCOTS Hoose is a pub in Cambridge Circus. But if you go upstairs any Tuesday evening, you might as well be a million miles ...

Reflections on the new girl in the Supremes, Cindy Birdsong, who feels so much like Cinderella... ...

To tell the truth, Nancy Lewis was a bit scared about meeting P. J. — the star who has been mixed up in so much ...

The Who: Music Hall, Boston

THE WHO, in America after a year's absence, are creating a bigger sensation than ever. Statistics don't lie. They completely sold out two New York ...

The Who: "That's My Kind of Girl" say The Who

Not long ago a disc called 'I Can't Explain' popped into the charts, and everyone wanted to know about this new and 'different' group. Who? ...

IT'S ALL OVER now. The Fillmore East closed its doors at approximately 5.0 a.m. recently — after a strenuous and occasionally sentimental night of action. ...