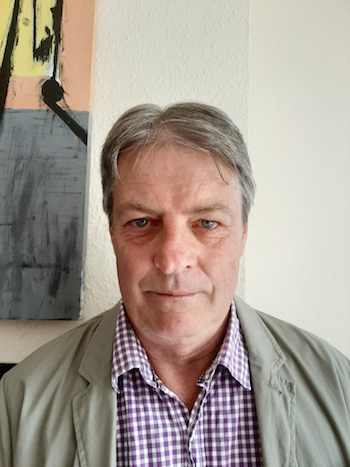 Neil Taylor worked for NME from approximately 1983 to 1987 and is most closely associated with the Indie rock of that period. His early work on such bands as the Jesus & Mary Chain, the Wedding Present, Primal Scream, Bogshed, Big Flame, We've Got A Fuzzbox... and others helped cement the fledgling indie scene in 1984 and 1985, culminating in the release of the NME cassette tape C86.

In the early 1990s, he went to work in publishing, eventually becoming the Publishing Director of Weidenfeld & Nicolson, part of the Orion Publishing Group, before leaving to set up a literary agency, neiltaylorassociates.During his publishing career he has commissioned and/or edited a number of eminent British literary authors, including Lawrence Norfolk, Jake Arnott, Matt Thorne, David Mitchell, Peter Ackroyd, Justin Hill, Toby Litt, and Tibor Fischer.

Neil is the author of Document & Eyewitness: An Intimate History of Rough Trade (Orion, 2009) and C86 & All That, a book about indie rock after post-punk.

Times up! NEIL TAYLOR puts his typewriter where his gripes are and pleads on behalf of new, young punk-rock style groups (like PRIMAL SCREAM and ...

SIXTY FOOT up in the Riverside gantry, amongst the clutter of microphones, lights, and soundmen, we witness the return of The Durutti Column. A grand ...

Felt: Poem Of The River (Creation)

THE MOST FASCINATING aspect of the band Felt is Lawrence's insatiable urge to constantly free-fall the perimeters of his creative ability. ...

WHEN THE metal messiah Lemmy recently stated on the radio that Heavy Metal was all about tunes, and that vocals, lyrics, and accessories were unimportant, ...

Icicle Works: The Drips Who Turned To Rock

Four years ago, ICICLE WORKS' hit single 'Love Is A Beautiful Colour' branded them as wimps. But now they're back, harder and happier, with the ...

The Jesus & Mary Chain: Jesus And Mary Chain! A Riot

Neil Taylor witnesses yet more violence at a Jesus And Mary Chain concert. ...

So say the reanimated NIGHTINGALES, who've found a new lease of life — on the fiddle. NEIL TAYLOR hears about country life and the strings ...

Pepsi & Shirlie: When Did You Last See George Michael's Trousers?

You've heard the phrase 'All mouth and no trousers' — but does it refer to George Michael and his vanishing keks? To Top Shoppers PEPSI ...

THE ECLECTIC confines of the ICA's well-organised Pop-Goes-The-Easel Week once again played host to developing talent. In amongst the unlikely mixture of intellectual behemoths and ...

We've Got A Fuzzbox And We're Gonna Use It: Big Fuzz From The Jungle

We've Got A Fuzzbox And We're  Gonna Use It. What more can you  say? Neil Taylor gets a word or two  in edgeways. ...