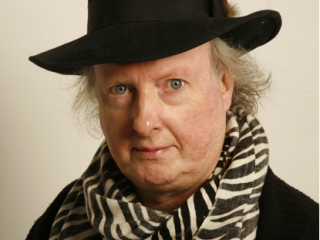 SILENCE at the back there! ...

Ziggy Stardust, Aladdin Sane, the Thin White Duke, The Man Who Fell to Earth, the man of seemingly endless identity changes. David Bowie has been ...

VETERAN SINGERS who are forever new. That's not a contradiction in terms. Maggie K de Monde has been singing with her band Scarlet Fantastic – ...

POPULAR MUSIC is, by its very nature, ephemeral. So are its singers. Every rock or pop record that makes it to the charts is a ...

Club to Catwalk: London Fashion in the 1980s: V&A, London

WHEN WE LOOK at a product of physical design – a building, say – we don't usually think about the influences which went into its ...

Dominic Sandbrook: Never Had It So Good – A History of Britain from Suez to the Beatles

WE THINK WE know the basics about the '60s and the social changes that they ushered in. Against a background of mini-skirts, mods and rockers, ...

Dominic Sandbrook: White Heat – A History of Britain in the Swinging Sixties

THE IDEA OF the '60s as an era of exciting change for everyone has remained more or less the accepted orthodoxy – until now. Few ...

Howard Sounes: Seventies – The Sights, Sounds and Ideas of a Brilliant Decade

AMUSINGLY STUPID, vulgar, a time of endearingly foolish fashions. These views – according to the book's author – represent the consensus thinking of cultural pundits ...