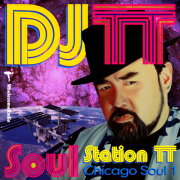 Independent scholar and cultural critic Paul Yamada has spent thirty years in different areas of the music business, in the midwest and the east. A founding editor of the pioneering rock zine Terminal Zone (1976-78), Paul has written on blues, rock, soul, jazz, and avant garde music. In addition, Yamada has written on cinema, art, and theater for a wide variety of local publications in Chicago, St. Louis and Washington DC. He has consulted for National Public Radio, the Library of Congress and the Smithsonian Institution, as well as the Washington DC Performing Arts Society and Chicago area (name of theater). His current projects include a Chicago project, Wholesome, which will include music revues, essays, visual arts and streamed radio.

Essaying The Sound of the City: Gillett and After

David Bowie: From Low to Lodger

THE LAST TWO studio LPs by David Bowie seem to make up some sort of unit. The release of a third album in collaboration with ...

AFTER A quarter-century of rock 'n' roll, it should be obvious that the idiom (if it can be classed as such) must be maintained by ...

TWO SETS in one night is sometimes too much for a band, and sometimes it's not enough. For Rhys Chatham and R.E.M. it was just ...

A DOOR OPENS to reveal a long hall, splendidly lit by candelabra, clenched by almost human hands, attached to the wall at the elbow. The ...

FOR SEVERAL years now Steve Reich has been labeled one of the three "minimalists" to name drop, listen to, and even to take seriously. ...

WHAT CAN you say about a 70-year-old wiseacre, whose public persona exudes sensitivity and dogma, insight and fatuousness? And what can you say when that ...

10 C.C. IS A band with quite a past. The four members have had a lot of experience playing in English pop-rock groups; they are ...

IT WAS OBVIOUS that this was what the crowd was waiting for; they had tried to be totally oblivious to the first band, Wet Willie, ...

ROBIN TROWER is one of several guitarists who survived the experimentalism of the middle to late 60's; providing the non-rhythmic thrust to Procul Harum, he ...

I'VE SEEN SLADE three times; this time makes the fourth. I went out of my way to see them the other times, and each trip ...

DURING THE 60's, there was a huge flood of "local colour" bands, which had national hits, one national album, and then, disappeared from the face ...

ANY SERIOUS study of rock music should sift through the history to discover outbreaks, accidents and ruptures in and, of rock, that offer themselves as ...

Prince: Purple Drain: Is It Time to Give Up on the Prince We All Want?

ON THE FINAL Sunday of March 2009, Prince released a 3-CD set. Two of the albums are his music with his band; the other is ...

THE CHICAGO JAZZ ENSEMBLE wound down its season paying tribute to Mahalia Jackson, who was born October 26, 1911 in New Orleans, and who came ...