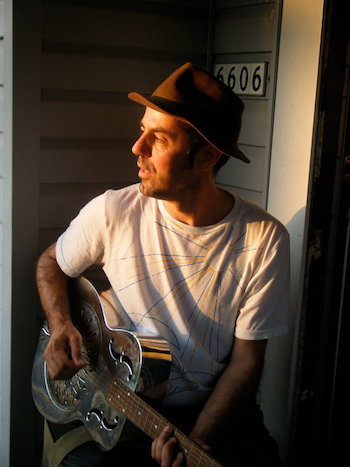 Phil Bell was still two months shy of his sixteenth birthday when he got himself noticed by Alan Lewis, editor of Sounds, in March 1981, just as the legendary weekly was reaching its apex. Presenting the genuine enthusiasm of a teenage rock fan, he became a popular freelancer for the next three years, through a golden age of hard rock – this was the time of the "New Wave of British Heavy Metal" – interviewing and reviewing many new and older rock and prog acts in the UK and abroad. His work was also featured in Kerrang!, Noise and International Musician.

However, with editors unwilling to allow Phil's changing tastes to be reflected in his commissions (he was now listening to African music and the Talking Heads), at just 18 he decided to follow in the footsteps of Bob Geldof and Chrissie Hynde. Phil quit writing in 1984 to focus on his own take on pop culture, and went on the circuit with his own hugely unsuccessful (of course, criminally underrated) pop-rock band, the Dice Club, before hearing 'Express Yourself' propelled him on into a love affair with earthy funk.

In the London scene of the early-mid '90s. he then developed a reputation as a monster rhythm guitar player – Michael Jackson's guitarist David Williams even described him as "a seriously funky dude." He toured Europe twice, once as guitarist for one of the earliest British live hip-hop acts, Brothers Like Outlaw, and also for singer Leena Conquest, whilst his own bands achieved little victories; the Filberts (including well-known thesps Charlie Creed-Miles and Dexter Fletcher) can be seen in the 1994 film Glastonbury –The Movie; Vibe Tribe released material on legendary all-live groove label Boogie Back and headlined regularly at Camden's Jazz Café; and as half of the Afropeans, one track, 'Afropean Wonderland' with contributions from Astrid Gilberto's band, came out. These bands opened for many R'n'B, Jazz and rap legends: Roy Ayers, Lonnie Liston-Smith, Herbie Hancock. Guru and Arrested Development and others.

However, feeling his literary muscle was atrophying, Phil then redefined himself as Phil "Sweet Pea" Bellko, songwriter /solo artist and has since been alternating gigging with recording his debut album – for the past 17 years actually. It's not quite ready yet. Meanwhile he keeps the wolf from the door by teaching (mostly little) people the geetar in the always soulful London Borough of Camden.

IT WAS WITH a considerable degree of lingering dubiety that I ventured beyond the chimney-potted horizons of the far west from my humble North London ...

Diamond Head: "We are the natural successors to Zeppelin"

THIS ASSIGNMENT begins in suburban Stourbridge, definitely not the R'n'R capital of the world, but a peaceful dwelling place satellite to Birmingham, England's second city, ...

Riot (V): Riot: Fire Down Under

YESSIRREE, THEM rich yankee dudes comfy smokin' their tabbacy'ed exhaust pipes in those croccy-skinned swivel-­chairs sure am gonna be mighty peeved when they get that ...

The Thinking Man's Schenker SCENE: Our capital's glorious, raz-ama-dazzling West End. Twenty-five feet across a spacious apartment in Chrysalis' head office, the other side of a ...

WHEN I humbly volunteered to undertake this venture, I knew full well what a pasting I'd be letting myself in for. Pitting my feeble opinion ...

THIS IS the bass player. His dinner jacket's splattered with a multiplied spectrum of colour. A Dulux hoarding on legs. Or maybe he walked under ...

Budgie: The Beak Goes On

Phillip Bell takes a squawk on the wild side with HM survivors Budgie ...

PAGE ONE, question one How the hell do you go about an anatomical analysis of an album when you know you love it, but shouldn't, ...

Sammy gets his Hampton caught ...

Sammy Hagar: Hagar The (not quite so) Horrible

UNLIKE LEGIONS of musical kompatriots, Krokus have nothing to prove. Nobody in the kamp has tempted fate by kontroversially shooting their mouth off about anything, ...

ONE DAY by the seaside. A menacing ocean rears up and surges landward. Cruel winds lash our locks into matty rastafarian entanglement. Doomy clouds are giving ...

Phil Bell gives the nod to the reformed, revitalised Yes ...

THE SMELL of success? For this interview, not the thin atmosphere of air-conditioned record company offices, nor the sterile tang of a posh hotel suite. ...