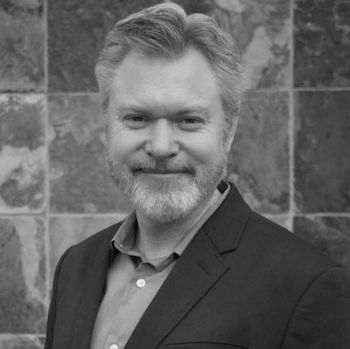 Robert Dean Lurie is a writer and musician based in Tempe, Arizona. He received his MFA in Creative Writing from the University of North Carolina, Wilmington, and is the author of Begin the Begin: R.E.M.'s Early Years, We Can Be Heroes: The Radical Individualism of David Bowie, and No Certainty Attached: Steve Kilbey and The Church. His essays on arts and culture have appeared in Dangerous Minds, National Review, Blurt Magazine, The American Conservative, and Front Porch Republic.

One year ago, David Bowie passed away, much to the surprise and sorrow of the music world. To mark the anniversary of his death, we ...

Broken Bells Inside Out

I'VE NEVER REALLY agreed with the famous quip (attributed to Martin Mull) that "writing about music is like dancing about architecture". Nick Tosches, Lester Bangs, ...

LEONARD COHEN occupies an unusual position in popular music history. He is routinely neglected by those "Best of the 60's" nostalgia-fests you see on VH1, ...

Bob Dylan: Unlike a Rolling Stone

Why Bob Dylan, troubadour of the revolution, turned homeward. ...

WRITING ABOUT Bob Dylan's politics would seem to be a thankless task. The famously curmudgeonly songwriter claims to know and care little about the subject, ...

In concert in Phoenix and previewing new material while recasting selected gems from the past, the erstwhile Led Zep frontman kills it. ...

Lou Reed: The Wild Side, Magic, and Loss

His subjects were difficult and his voice abrasive, but he never tried to be anyone other than himself. ...

Or: the unlikely return of one of the great, lost Athens, Georgia, bands. ...

SPRINGSTEEN. THE BOSS. Bruuuuuce. A lot of hyperbolic ink has been spilled over this man through the years, so I'm going to walk it back ...

THE INNER FLAP of the dust jacket says it all: "Pete Townshend has some explaining to do." ...

I WISH I COULD say that my love of pop music began when my middle school music teacher showed me a documentary called The Compleat ...

Dorothy Carvello: Anything for a Hit – An A&R Woman's Story of Surviving the Music Industry (Chicago Review Press)

"A BOOK FOR the #MeToo and Times Up Movements," proclaims the PR one-sheet for Dorothy Carvello's new memoir. ...