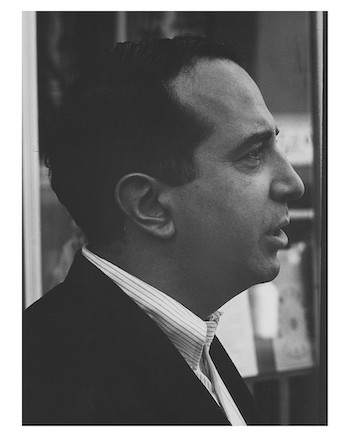 Robert Shelton was a music and film critic who died in 1995. He helped to launch the career of a then-unknown 20-year-old Bob Dylan in 1961, when Dylan was performing at Gerde's Folk City in the West Village, opening for the bluegrass act the Greenbriar Boys. Shelton's positive review in The New York Times brought crucial publicity to Dylan and led to a Columbia recording contract. For a decade (1958–1968), Shelton reviewed music, in particular folk music, but also pop and country music, becoming a friend of many of the artists and extending his influence beyond the pages of the Times. He reviewed the inaugural Newport Folk Festival (NFF) for The New York Times and The Nation and edited the program for the influential 1963 NFF under the pen name "Stacey Williams". He wrote album notes for several artists, including Bob Dylan's first album. During the early 1960s, Shelton co-edited a magazine, Hootenanny at the same time as his friend Linda Solomon edited a different magazine titled ABC-TV Hootenanny.

Shelton spent 20 years writing and rewriting his Dylan biography, No Direction Home, The Life and Music of Bob Dylan which was finally published in 1986, after years of arguments with publishers about the style and length of the work. Shelton's intention from the outset was to write a serious cultural study, not a showbiz biography; as a result, he later said his life's work had been "abridged over troubled waters". The title is taken from the lyric of Dylan's hit single 'Like a Rolling Stone'. The same title, No Direction Home, was used by Martin Scorsese for his 2005 documentary film about Dylan's career from the beginning to his motorcycle crash in 1966. Other books by Shelton include Electric Muse: The Story Of Folk Into Rock and The Face of Folk Music. An updated edition of this book, The Electric Muse Revisited, with new material by Robin Denselow, one of the original quartet of contributors, is scheduled for publication by Omnibus Press in May 2021. The folk music charity Square Roots Productions was midwife to the project.

In 1969 Shelton moved to the United Kingdom, living in Hampstead and Sydenham, and then (from 1982) in the South Coast town of Brighton, where he edited the Arts page of the Brighton Evening Argus, and then wrote – mostly about films – for a number of other publications up to his death. In 1996, Shelton's papers, and his collection of books, records and research material were donated to the Institute of Popular Music at the University of Liverpool.

Art Form Flowers in the Coffeehouses and Plush Clubs Airs of Many Lands Presented by an Army of Talent ...

A STRUMMER WITH MORE THAN THREE CHORDS ...

A FOLK-ROCK disk issued earlier this month which spotlights a shining new singing and song-writing talent, also throws some rays of light into the shadowy ...

THE MOST original new group to simmer out of the steaming rock 'n' roll underground in the last hour and one-half is an audacious crew ...