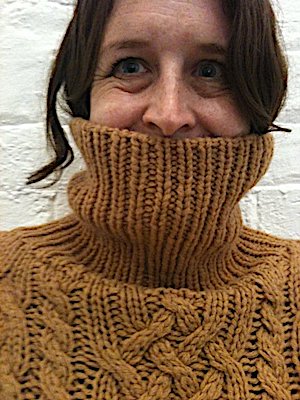 Susan has written extensively for, among others, i-D, Request, The Face, NME, Guardian, Observer, Volume, the Times and Frank. Photo by Terry Jones.

Blur and Damien Hirst? Pet Shop Boys and Sam Taylor-Wood? No doubt about it, pop stars dabbling in art is a bad idea. But what ...

ASH MADE THEIR NAME PLAYING THE SPACEPOP GAME, ROCKETING UP THE CHARTS WITH 'GIRL FROM MARS'. NOW THESE BOYS JUST WANNA MAKE NOISE. MEET THE ...

Report and Interview by Susan Corrigan, Guardian, The, 14 March 1996

Why would Top Of The Pops give space to a band without a record deal? And why is the band adamant it doesn't want one? ...

The Bluetones: Story of the Blues

BRITPOP? NOT THIS YEAR, THANKS. THE NEXT BIG NOISE COMES FROM FOUR UNASSUMING HOUNSLOW LADS WITH NO BANDWAGON TO CATCH. THEY ARE THE BLUETONES AND ...

Blur: Have a Go if You're Hard Enough

London lads on the pull or just taking the piss? Blur are this year's Brit pop sensations, defining a bold New Englishness out of smart ...

Bush, Madonna, Gwen Stefani: For the Love of Blighty

Coming soon to a suburb near you: Madonna. Susan Corrigan reports on a transatlantic affair ...

Schmaltz, schlock: and Slade. It's Christmas at Top Of The Pops and there's no need to be afraid ...

Dismissed, despondent, near death... last year Everything But The Girl were missing in action. Then along came 'Missing'. Now they're back with a brilliant album ...

With their technicolour mohicans and tattoos, Green Day and Rancid are bringing teen spirit to a generation of Americans who weren't even born when the ...

Five years ago an explosion of music, drugs and flares hit a certain Northern city. Now with Oasis, the Stone Roses and Black Grape in ...

PJ Harvey: Caught in the Act

POLLY JEAN HARVEY IS AN ICONOCLAST WHOSE MUSIC INSPIRES ADULATION WHILE HER IMAGE INSPIRES SPECULATION. LESSER SINGERS HAVE CRUMBLED UNDER SUCH SCRUTINY. BUT IS PJ ...

Burn the negatives, bury the tapes, banish the rumours. After ten years in the spotlight, Miss Minogue seeks a fresh start ...

No Doubt: Who's That Girl?

"GETTING POPULAR IS STRANGE. THERE'S NO WAY OF EXPLAINING HOW IT FEELS... UNTIL IT HAPPENS TO YOU!" ...

Sleeper's leading lady has more to offer than big boots and a big mouth. Susan Corrigan examines the true colours of a lass with sass ...

Suede: He Stoops To Conquer

You've heard the rumours. Now it's time to face the facts. After an absence of two years, Suede are rising from the ashes to return ...

TWO YEARS AFTER RIDING THEIR CHOPPERS TO NUMBER ONE, BRITPOP'S BOY WONDERS ARE BACK WITH A 'DIFFICULT' SECOND ALBUM ABOUT POWER, CORRUPTION AND POST-ADOLESCENT ANXIETY. ...

You know Therapy? Northern Irish moshers with a headline spot at Castle Donnington one minute, Mercury Music Prize nomination the next. Rock from a hard ...

The LP cover is once again regarded as an art form. Susan Corrigan meets the designer largely responsible ...

Glitz and glamour, sex and celebs, drugs and death: Studio 54 was the ultimate New York nightlife hit. So is it any wonder they're trying ...

Heroin Sells Even As It Kills

JUNK CULTURE IS NOT MERELY FASHIONABLE ANYMORE, IT'S GONE MAINSTREAM Heroin kills two people every week in Glasgow. It's the most common street drug in Manchester. ...