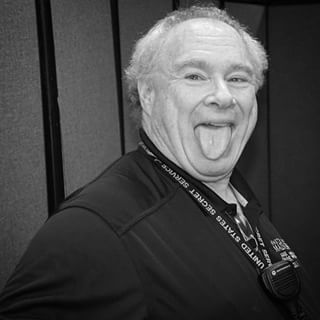 Toby Mamis has had an interesting ride in the music business, starting out in his late teens running FTM Public Relations (1970-78) and specializing in personalized services to clients, including Blondie, Lynyrd Skynyrd, Uriah Heep, Suzi Quatro, Apple Records, the New York Dolls, The Hollies, Yoko Ono, and John Lennon. From 1977-1979, as a partner in American Entertainment Management, Toby represented the rock bands Blondie and the Runaways.

Prior to joining Alive, from 1980 into 1986, Toby operated FTM Enterprises, a management and consulting firm with clients including Island/Alive Films, the Music Business Symposium, Joan Jett & The Blackhearts, actress Shell Kepler, and Rhino Records. As part of his work with John Lennon, he helped organize the "One To One" benefit concert in New York City with John & Yoko, Stevie Wonder, Roberta Flack, and Sha Na Na, co-produced by Geraldo Rivera, and the "Ten For Two" benefit concert in Ann Arbor for John Sinclair, with John & Yoko, Stevie Wonder, Bob Seger, Phil Ochs, and Charles Lloyd.

A voting member of NARAS, and a Rock & Roll Hall of Fame voter, Toby has also written liner notes for over a dozen albums.

Perhaps The two greatest bands in rock history jammed at The Fillmore Apr. 27, 1971. The result was incredible ...

IT'S BEEN nine and a half years since the Beach Boys started out, singing 'Surfin' Safari' in Southern California, on New Year's Eve, 1961. At ...

Elephant's Memory: Take It To The Streets (Metromedia)

NEW YORK City has no readily identifiable musical identity, as, say, San Francisco or the Ann Arbor/Detroit regions. But the Big Apple does have a ...

I'D CONSIDERED doing this piece since mid-June. So, frankly, when the time came, I was thoroughly prepared. Prior to my interview with Vicki Wickham, I'd ...

YOU'D HAVE to be a hermit not to have heard the Osmonds, either a hermit or a pompous ass that only listens to "FM radio, ...

N.Y. — "I DIDN'T want to play with girls anymore," she told me via transatlantic phone conversation, from her manager's office in London. ...