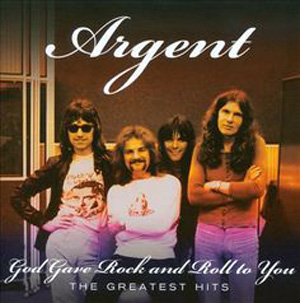 Argent: First Get Yourself On The Telly!

WHATEVER GETS SAID about hit singles and Top Of The Pops, there's no denying that they still form the most powerful tonic that a British ...

WITH THE SUCCESS of the Beatles came countless other English rock groups, among them the Zombies. This combo employed a very satisfying Beatle-ish approach that ...

Argent: All Together Now

ARGENT (THE BAND) is an emphatically annoying enigma. ...

Argent: All Together Now

THE ZOMBIES/ARGENT relationship is very close, much like that of the Small Faces/Humble Pie or the Yardbirds/Led Zeppelin. In each case a group splits due ...

BLUE OYSTER CULT had a real bad time at the big park and oh boy did they know it...one of the guys backstage connected wit ...

Plague of the Zombies

Were the Zombies one of the great neglected bands of the '60s? They had their hits, broke up and then created the sort of interest ...

SUPPOSE A Rock-n-Roll band gave a concert and no one came – a thought that might have flashed through Rod Argent's mind as he scanned ...

WHEN I INTERVIEWED Colin Blunstone for Let It Rock one of the points that he made several times was that Argent were just about the ...

AS ONE of Britain's most undervalued and undeservedly unsuccessful groups, the Zombies have a lot of historical recompense coming. Furthermore, with two offshoots (Argent and ...

AFTER MORE THAN AN HOUR'S TEDIOUS WAIT while the roadies languidly set up their gear, Argent began with 'It's Only Money': strong vocals, synthesiser from ...

ROD ARGENT is a nice chap. Not one of your violent illiterates of rock prone to throwing pints of Guinness over the heads of passers-by, ...