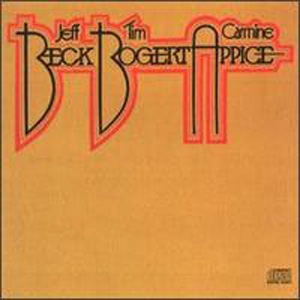 WERE LOTS TO be drawn for the identity of the world's most crazed rock guitarist, you better believe the result would contain the name of ...

"HEY," SAID Jeff Beck a trifle slyly, tilling his head to one side and allowing a patently nasty leer to edge its way across his ...

EVER BEEN totally numbered by the hero of your adolescence? Viz: "What did you think of the gig?" asked Jeff Beck. "Tremendous," I gushed. "Really great. You really ...

THE BECK, BOGERT and Appice album is completed and virtually upon us, and it leads us to two inescapable conclusions. The first is simple: man ...

JEFF BECK HAS had his ups and downs over the past several years, not the least of which was a disastrous appearance last summer on ...

Beck, Bogert and Appice: Heavyweight Champions Of The World

TAKE A LONG guitar lead. Sit as far far away from the studio as possible. And record some of the funkiest sounds ever laid down ...

IT JUST GOES to show that things ain't always what they seem. Bopping down Savile Row in the general direction of Apple Studios (ah, Apple! ...

Vanilla Fudge: From Pizza to Fudge

SO WHAT did happen to Beck, Bogert and Appice?. ...

JEFF BECK was recently seen, alive and well, at the Columbia Records convention in Los Angeles. It provided a good sign for Beck-watchers, the first ...