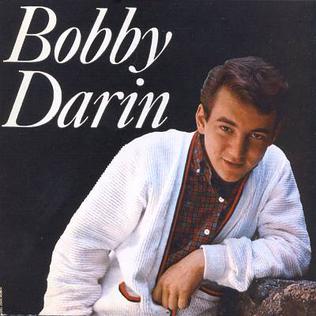 Bobby Darin: This Is Darin (London)

CONFIDENT. That's the word that seems to describe Bobby Darin better than any other. He has known what he wanted, has set out to get ...

Bobby Darin Is A New Man

BOBBY DARIN is the singer who set out to become a legend in his own lifetime. He attacked life like a hungry man wolfing down ...

Bobby Darin: Hate to Ruin His Image, but He's Nice

I REALLY hate to ruin anyone's reputation, but Bobby Darin just doesn't live up to his: During his years in show business, Bobby has often ...

HE WAS born a year after Elvis, and died four years before Presley breathed his last. ...

Bobby Darin: "And This Is Me"

THE ROCK AND ROLL HALL OF FAME – the list of performers, not the museum in Cleveland – has often generated its share of controversy; ...

Was 1960 Really The Worst Pop Year Ever?

KIDS TODAY. And the music they listen to! As I write, Billboard's (U.S.) Top 10 features three songs with the F-word in their title, one ...

Why the Nightingale Sings: On Bobby Darin's 'Beautiful Things'

AMERICAN CULTURAL icon Dick Clark once described Bobby Darin as "a musical chameleon" who could effortlessly traverse a multiplicity of genres, from heavy duty rhythm ...