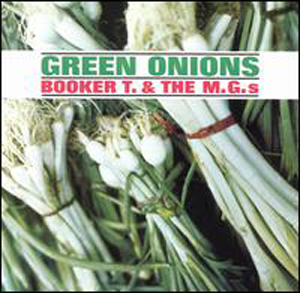 The Booker T & The MGs mainman talks about the Stax years, working with the likes of Otis Redding and Albert King, making 'Green Onions', and on to later projects with Santana, Neil Young and Boz Scaggs.

FEW FULL-TIME college students could find enough time, energy or initiative to record and promote a record like the 1964 hit 'Green Onions'. But Booker ...

Sometimes, fame comes to a label as well as a star — like Tamla Motown. Now here's Stax Volt from America with hot soul discs, ...

It was perfectly clear that every performer on the Stax show was going to receive the most sympathetic applause should he or she subsequently turn ...

Singles, including the Who, Neil Diamond and the Bee Gees

WHO MOVE INTO A CLASS OF THEIR OWN ...

BOOKER T. JONES was born in Memphis, Tennessee, November 12, 1944. He started playing the organ professionally at the age of fourteen. During his high ...

BORN NOVEMBER 27, 1935, in Memphis, Tennessee, Al studied drums in high school, and played with his father's band until he formed his own nine-piece ...

DONALD V. DUNN was born on November 24, 1941, in Memphis, Tennessee and he learned to play the bass in high school. He now resides ...

THE ELECTRIC revolution that helped to spawn rock and roll also helped to popularize a whole new set of instruments to take along on its ...

BOOKER T. JONES and his group of Memphis musicians don't belong in any bag. You have to forget the categories where they are concerned and ...

THE HAMMERSMITH Odeon has been the scene of great jubilation and triumph for many top r&b/soul artists in the last few years and soul fans ...

THE PRESS reception is for Booker T and the MG's. They introduce themselves through the mike on a stage at one end of the room, ...

NICE IDEA – they play all the tunes from Abbey Road, and imitate the sleeve of that album by picturing the four MGs crossing McLemore ...

A COVER VERSION of the entire Beatles Abbey Road album — complete with Booker T. and the boys in Beatle-like post on the cover — ...

Booker T And MG's: Still Very Much Together

IN THE British music press of late, there have been numerous rumours that Booker T. and the M.G.s have split up or are about to ...

DONALD 'DUCK' Dunn, best known in R&B circles for his invaluable contribution to our music via Booker T. & The M.G.'s, was recently in London ...

IF EVER THERE WAS a piece of music that deserved the epithet "timeless", it’s Booker T. & the MGs’ ‘Green Onions’. The most basic of ...

REELIN' IN THE Years Productions and Stax Records (a division of Concord Music Group) has issued Dreams To Remember: The Legacy of Otis Redding on ...

Duck Dunn and the Stax Attack

DUCK DUNN was one of the lucky ones – he had a name right from the start. ...