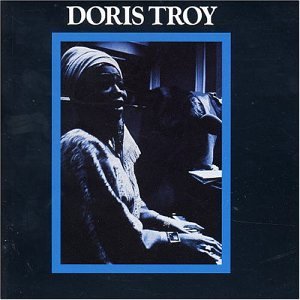 DORIS HIGGINSON, alias Doris Payne, alias Doris Troy, was tugging happily at a king-size cigarette and wondering if it was possible to get a cup ...

WHEN EDITOR John Abbey asked me if I would do a feature interview with Doris Troy to coincide with her forthcoming single release on Apple, ...

AH! QUITE simply, Doris Troy is a gas. A moderate one, to be sure, but she carries a lot of nostalgia. Her initial big hit ...

Mother Soul at the Rainbow ...

ONE COULD quite justifiably be forgiven for assuming that the week of the recent Bank Holiday was television's 'National Doris Troy Week' for the lady ...

Doris Troy: Stretchin' Out and Gettin' Ahead

AS WE promised in the last 'TALA', we're gonna be checking out a few of the American artists who have decided to make their home ...

ALTHOUGH SHE was born in the Bronx, and first came to prominence in the US with her 1963 hit 'Just One Look', Doris Troy, who ...