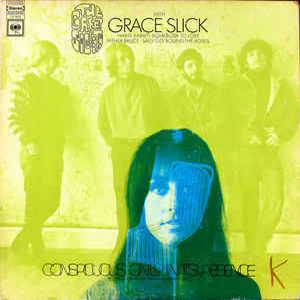 Grace Slick in London: Killing three stones with one bird

THE HEAT in London is stifling, writes your man from the front, but the cool of the hotel room, and the glass of chilled champagne ...

NEW YORK — "I would like lo be a Spanish loose woman." Grace Slick says. This is not easy for her, as she is an ...

Grace Slick: Making Her Own Dreams

MILL VALLEY – "I can't do anything middle of the road. My music is either very polite, with classical instruments, or, its rude and offensive." ...

THIS ISSUE will be hitting the stands a week or two after Valentine's Day, so I won't be too remiss in telling Grace Slick that ...

It was billed as "the Summer of Love", a blast of glamour, ecstasy, and Utopianism that drew some 75,000 young people to the San Francisco ...