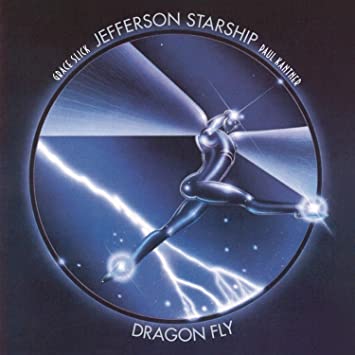 THEY MAY HAVE changed their surname, but Jefferson Starship have arrived at a conciliatory relationship with their past, and with mixed results. With Marty Balin ...

Being a rock star has its advantages, but the spotlight is usually only big enough for one person. Circus took a behind stage look at ...

HONESTLY, HAVING even to think about Jeff Airplane/ Starship/whatever these days is getting to be a bore. ...

FOR SEVERAL YEARS, the nucleus of the Airplane/Starship has been struggling to hold together a concept that didn't seem workable in the first place. The ...

THE EXCITEMENT around the Airplane Mansion is real. It's in the very woodwork of this huge home in a once-fashionable section of San Francisco, where ...

Reunion in the Park: The Dead & The Starship Back To Basics ...

ONE BY ONE the group drifts into Wally Heider's recording studio for a mixing session. Marty Balin is absent but his presence fills the air. ...

Skate Board Grounds the Starship

I WAS WOKEN up by the phone. I had some trouble working out where I was. It took a few seconds to realise that I ...

LIKE A KANTNER COMPOSITION, this interview was virtually plucked out of the air. I was all set to leave San Francisco but, knowing the Jefferson ...

Starship Aim To Stay On Course

FOR MANY fans the most disappointing news today is that legendary rock singer Grace Slick will not perform with the Jefferson Starship. ...

Aynsley Dunbar: Let There Be Drums!

SAN FRANCISCO – Within the world of rock and roll there are certain performers whose distinctive virtuosity transcend their individual works recorded with a particular ...

"Sometimes The Cards Ain't Worth A Dime... If You Don't Lay 'Em Down": The Robert Hunter Interview #2

Grace Slick: Making Her Own Dreams

MILL VALLEY – "I can't do anything middle of the road. My music is either very polite, with classical instruments, or, its rude and offensive." ...

"Sometimes The Cards Ain't Worth A Dime... If You Don't Lay 'Em Down": The Robert Hunter Interview #3

Jefferson Starship: Return of The Band That Will Not Die

YOU CAN'T last any longer than the Jefferson Starship, a band that's been at the top of the charts with regularity since, unbelievably, 1966. ...

Jefferson Starship: The Starship Strikes Back

"Say ya don't know me?Or recognize my face?...Don't you remember?We built this city on rock and roll!"– from 'We Built This City'by Bernie Taupin, Martin ...

BASS GUITARIST and keyboard player Pete Sears occupies what I believe to be a unique position amongst Terrascope interviewees to date, his career having begun ...

Revisiting the Summer of Love

Things aren't what they used to be, but they never were in the first place ...