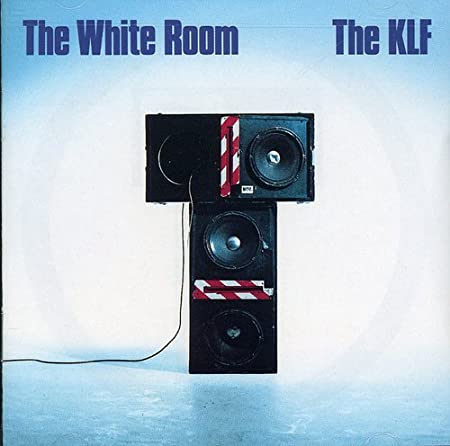 Profile and Interview by Martin Aston, Independent, The, February 1990

IT WAS the poster claiming The KLF were to play live at a DJ convention in Amsterdam rather than – as they thought – just ...

Push reports on The KLF, Bill Drummond's new band who're at the forefront of the ambient house movement. After The Justified Ancients of Mu Mu ...

KLF: Tales From The White Room

SINISTER. That's the word. The KLF are sinister. With their pervy mail-order black-hooded packamacks, their propaganda and their perfect assimilation of rave culture they are ...

The KLF: Doctorin' The Charts

When THE JUSTIFIED ANCIENTS OF MU MU released a house record in 1987 everyone wondered what the f**k was going on. Abba killed off THE ...

The KLF: Pranks for the Memory

They can't help having hits, they can't come to terms with fame and they can't keep out of trouble! DAVID STUBBS witnesses THE KLF's dawn ...

The KLF: Great Luminaries of Our Time

Over the past five years, THE KLF have operated under a variety of guises but, now that they've brought such immaculate sounds as '3AM Eternal' ...

It's All White: The KLF: The White Room (KLF)

IS IT A strength or weakness to be versatile to the point where consistency becomes an alien concept? There's a hell of a lot of ...

The KLF: Off The Orbitals

Profile and Interview by Simon Reynolds, Observer, The, 7 April 1991

SO VOLATILE is the club scene that few artists have been able to make a career out of dance music, which is released mostly as ...

Who Killed The KLF?

It's the last grand gesture, the most heroic acts of self-destruction in the history of pop. And it's also Bill Drummond and Jimmy Cauty's final ...

Stand By Your Van: Tammy Meets the KLF

Welcome to Mu Mu Land, where hooded figures drive ice-cream vans and nothing is quite like it is in Tennessee. Which is a welcome change ...

Blur and Damien Hirst? Pet Shop Boys and Sam Taylor-Wood? No doubt about it, pop stars dabbling in art is a bad idea. But what ...

"POP MUSIC," writes Bill Drummond, "has become like a cancer that has spread through my whole body and is now affecting my brain." Having been ...

Report and Interview by Andrew Smith, Observer, The, 13 February 2000

Why did Bill Drummond set fire to £1 million? Why did he want to chop off his own hand on stage? And why did the ...

The KLF: Getting Arrested With Bill & Jimmy

SO, IT'S LIKE THIS. It's February 1991. A couple of years after the collapse of the Berlin Wall, which supposedly heralded the End of History, ...

KLF's Welcome to the Dark Ages: What time is chaos?

Report and Interview by Barbara Ellen, Observer, The, 26 August 2017

Twenty-three years ago, Bill Drummond and Jimmy Cauty topped off a bizarre, brilliant pop career by burning £1m. Now they're back to commemorate it with ...