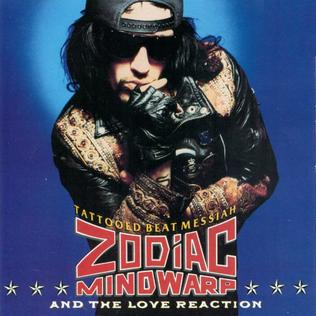 Zodiac Mindwarp & The Love Reaction: This Is The Dawning Of The Age Of Hilarious

Zodiac Mindwarp and the Love Reaction, Fields Of The Nephilim: Tropicana, Peterborough

THE RECENT penetration of the top 30 by the debut Zodiac Mindwarp single, 'Prime Mover', was one of the more pleasing events in this year's ...

Zodiac Mindwarp: Taming of the T

THE TWO self-proclaimed Zen masters speed through the lush and leafy lanes of England's green and pleasant land to meet us at the train station. ...