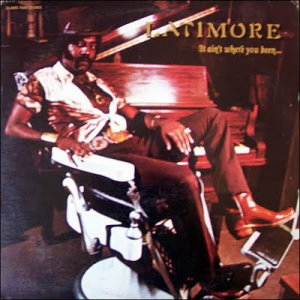 Latimore: Time to Straighten It Out

WHENEVER YOU look at the higher echelons of the American singles chart, you'll always find at least one good, straight and clean Blues record. Right ...

KC and the Sunshine Band: Part 3/Gwen McCrae: Something So Right/Latimore: It Ain't Where You Been

IT WAS THE STUFF from which legends are carved: an office, a studio no larger than a motel room crammed with organs, pianos and a ...

"IF MY MUSIC is suggestive, it's a coincidence," says Benny Latimore with a silken smooth voice. "I don't aim to be too explicit. ...

FROM THE earliest days of this supergroovalistic megamag we have brought you some of the most comprehensive black music inter/over-views ever published on a broad ...