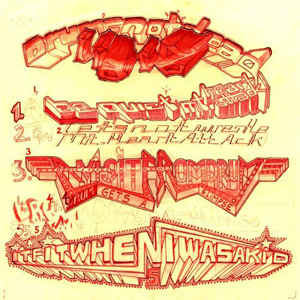 BY THE night's end, it seemed everything had been destroyed — including the band. ...

Liars: They Threw Us All In A Trench And Stuck A Monument On Top

THESE DAYS, there's been a lot of talk about the resurrection of punk/post-punk by New York City bands. ...

Liars: They Threw Us All In A Trench And Stuck A Monument On Top

Liars: They Were Wrong, So We Drowned

THE MYTH of the Ugly Duckling is prevalent in our culture; equally important, though with less prominence, is that of the Deteriorating Swan. Let me ...

LIARS VOCALIST AND GUITARIST Angus Andrew reckons that this is the first album on which he has felt like a proper songwriter and admits he ...

YOU ARE ABOUT TO ENTER A UNIVERSE you've never before been to. Be prepared... ...

OF ALL THE ARTISTS navigating the potentials of the great fracture that has occurred in musical culture over the past decade, it's arguably Liars who ...

OF ALL THE BANDS to emerge out of London and New York's post punk/punk funk revival of a decade ago, only Liars and LCD Soundsystem ...

"To dive into yourself is scary": the anxiety and awesome alt-rock of Liars

FOR 20 YEARS, Angus Andrew has made Liars one of rock's most interesting, slippery acts — and by microdosing drugs to help understand his fears, ...