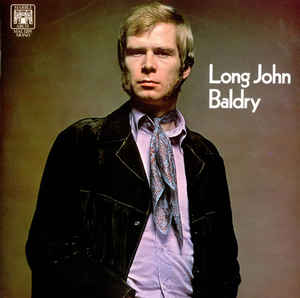 IT IS NOT often that you see a skyscraper actually walking around the streets of London. ...

THEY COULD hardly have been a bigger contrast in background and appearance: the young, very tall, bright white Englishman Long John Baldry, and the mature, ...

The American Folk-Blues Festival: All About The Croaker!

MM MAN-ON-TOUR with the Rolling Stones and Ike and Tina Turner, ALAN WALSH ...

The Long, Long Way To The Top For Long John

LONG JOHN Baldry looked down on life below him in a crowded Fleet Street hostelry, sipped a Courvoisier and reflected on his tardy, though well-earned ...

Profile and Interview by Phil Symes, Disc and Music Echo, 8 May 1971

ELTON JOHN USED TO BE A FAT GUY CALLED REG WHO FELT INFERIOR. HE COULDN'T WEAR 'NICE CLOTHES'. IN GROUPS HE WASN'T ALLOWED TO SING. ...

IT REALLY DOESN'T matter whether you like Long John Baldry or not, if you like Elton John and Rod Stewart that's good enough. The chances ...

ASHMUN & REYNOLDS, two singers (one of whom also plays bass) with the Baldry band, opened the show with a couple of numbers of their ...

John Baldry: Everything Stops For Tea

WHEN IS someone going to come out and say that, despite all the hype and hoopla, John Baldry is a non-talent poseur that would never ...

WHEN I ARRIVED at the hotel for an interview with Long John Baldry during his most recent swing through Southern California, I half expected to ...

Profile and Interview by Chris Salewicz, Let It Rock, March 1973