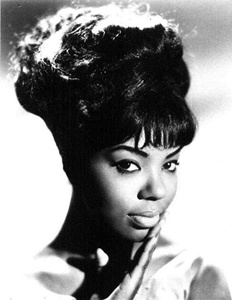 THEY SAY that there's not much chance for American hits here now. But nevertheless the multi-million dollar American label Tamla has scored its FIRST hit ...

A Great Visit To Hitsville U.S.A.

by DAVE GODIN as told to Norman Jopling ...

WITH A Jackie Wilson album on her portable record player, Mary Wells was relaxing in her dressing room when we visited her. ...

IN RETALIATION to the British craze sweeping the States, America launches its biggest-ever campaign to bring back the Yanks into the British charts in the ...

THE PERSONABLE Mr. Gaye is in top form on this album, which teams him up with Mary Wells, Kim Weston and Tammi Terrell. Marvin has ...

FOUR years ago, there were a lot of people who made a point of going into their local record shops and asking, can I hear ...

IT WAS PAST five in the afternoon but Mary Wells was still fast asleep, recovering from the rigours of her whistle stop British tour and ...

Mary Wells: Back On The Right Track

Showing every sign of being ready to get right back into the swing of things, we recently had the opportunity to rap with Ms. Mary ...

Mary Wells helped create the history that surrounds the Motown sound. She was their third chart-topper and the first to achieve international acclaim. But despite ...

MARY WELLS made one mistake in her career almost 20 years ago and has been paying for it ever since. Wells was Motown's first international ...

GIRL GODDESS OF R&B FANS... this title (long before political correctness had taken all the passion, fun and romance out of sexual desire), was the ...

CONSIDERED, for good reason, one of the top black female vocalists of the early to mid-Sixties, the late Mary Wells' initial recordings for Motown Records ...

Mary Wells: The Soul Queen Who Quit Motown. Considered, for good reason, one of the top black female vocalists of the early to mid-'60s, ...