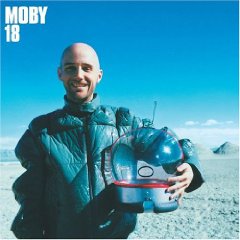 He once sang with Flipper, but now MOBY — aka straight-edge Techno DJ RICHARD MELVILLE HALL — is having a whale of a time out ...

Moby: In Trance As Mission

By now, you must all know about Moby, the techno nutter who's a Christian vegan, doesn't drink, smoke or do drugs. And you'll have heard ...

A LITTLE MORE than 30 minutes after it begins, Moby's new EP, his major-label debut, turns over in my tape deck. Gone is the last ...

Intelligent Techno god or the world's next fascist dictator? Moby likes to piss people off, and he's very good at it... ...

Moby: Whale Of The Century

MOBY's epically eclectic new album, Everything Is Wrong, is more than just a dance album — it's a dance album which wants to Change The ...

First a DJ saved his life. Then he found Christ. Now, after years of raving, Moby is ready to become techno's first pop star. ...

WHEN COURTNEY LOVE tries it on, people think she's the defiant survivor shrugging the weight of the world off her shoulders. Yet, when Moby decides ...

The Criminal Justice Act put the rave under House arrest. But it's out and it's phat in Oxfordshire ...

MOBY WAS responsible for 'Go', not just one of the few techno/pop crossover hits to endure in the affections of non-dance aficionados but also one ...

Rave/punk crossover genius MOBY is known as the most clean-living and politically correct pop star an the planet. The Maker met him in a karaoke ...

HAVE PITY on Moby. Five years ago, he was techno's poster boy, the artist who was largely responsible for pushing electronic music up from the ...

Feted techno munchkin's prolific past catches up with him ...

Moby: Whale Of The Century

This year, MOBY's Play has dominated the UK LP charts. So who is this bald man singing the techno-blues? Paul Lester met the enigmatic American ...

"I was a rigid punk rock Marxist. Then I was a rigid vegan dance music Christian." Today, he's loosened up and become one of the ...

THEY CALLED him Moby from the moment he was born. A tiny homunculus, small for his age even then – too small, they thought, for ...

IT'S A CASE of premature elevation. Of shock promotion to the Premiership with a make-shift squad. Moby shouldn't be playing this soulless aircraft hangar. ...

Report and Interview by Ian Watson, Sunday Herald, May 2002

FROM THE OUTSIDE, Moby Mansions looks like any other whitewashed townhouse in upmarket west London. Walk a little too quickly and you'd pass it without ...

IN FRONT OF US, a giant woman, a sort of Earth Goddess, made out of grass. We're told it's a woman; looks like King Kong. ...

AMONG MOBY’s many hats are producer, remixer, club DJ, techno-nerd and ambient maestro. For this one-off gig to mark the arrival of his new album, ...

Report by Stephen Dalton, The Times, May 2005

YOU DO not need to travel too far from the Hard Rock Hotel to find the tacky glamour that earned Las Vegas its reputation as ...

Profile and Interview by Marc Weingarten, Los Angeles Times, 5 May 2005

The electronic music poster boy picks up a guitar and uncages his rock 'n' roll animal. ...

FOR A MINUTE there, it looked like it had all gone horribly wrong for Moby. The underground techno geek who shot from basement club obscurity ...