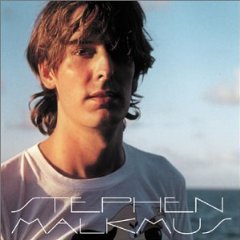 After a decade working the streets with Pavement, lo-fi pin-up king Stephen Malkmus has cut himself free from the band to wander free. ...

As leader of the Jicks and ex-frontman of Pavement, Stephen Malkmus' work has proved enormously influential. But what's on regular rotation on his turntable? Jamie ...

Stephen Malkmus Doesn't Think He Was a Jerk

"I HATE BEING TAN," Stephen Malkmus said almost immediately, standing in the lobby of a Midtown hotel. His olive complexion, the unwanted result of a ...