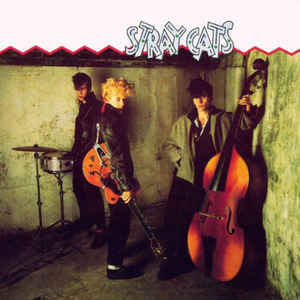 On The Tiles With The Stray Cats

The Pressures And Pretence Of Popabilly Success ...

FOR A trio so preoccupied with a style summed up in a quiff. The Stray Cats can make a pretty mean music. With tough-baby roller ...

THEIR LOOKS and their sound may strike some as a bit suspect, but there's no doubting the Stray Cats' affection for the classic rock 'n' ...

The Complete History Of The Stray Cats, Part One

ROCKABILLY PROPER started and ended in Sam Phillips' Sun Studio in Memphis. It was a short-lived and vaguely-defined phenomenon, revolving around dirt-poor Southern white musicians ...

IF HE'D LIVED, maybe Eddie Cochran would have been as big as the Stray Cats. ...

THAT BRIAN Setzer and his Stray Cats set out to become the perfectly sculpted and exquisitely meaningless rockstar icons of their dreams could never be ...

SETZER, SETZER, LEND ME YOUR COMB ...

IT WAS 1979. Year Zero had been and gone, though the confrontational, contrary spirit of punk was manifest in the new wave, while its emphasis ...