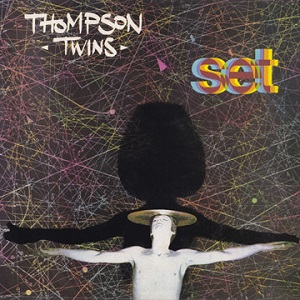 Thompson Twins: How To Tell Them Apart

Thompson Twins: In The Name Of Love (Arista)

"THEY DON'T KNOW what to call us/'Cause we don't have a name" croons an anxious Tom Bailey, in the Thompson Twins' 'Perfect Game'. ...

IF I NEVER glimpse another Rock 'n' Roll Bad Boy sneering at me on my television screen, trying to impress me with how unashamedly wicked ...

The Thompson Twins At The Seashore

NO OTHER BAND in the British syncopop sweepstakes boasts greater bounce to the ounce. Indeed, to get some idea of what the Thompson Twins are ...

The Thompson Twins: If You're At Number 20, All You Can See Is The 19 Groups Ahead Of You. And You Hate Every One Of Them!

Success, say the Thompson Twins, brings out the worst in you. And yet they still want more of it. Johnny Black brings you another chapter ...

I'VE BEEN figuring out ways to break this to you; best to just take a deep breath and hope they print it. There was absolutely, ...