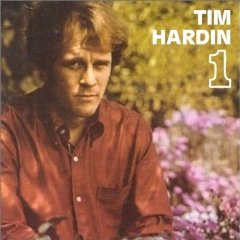 The vibrato in his body, the band in his head and the drugs in his veins: the legendary singer-songwriter in revealing, if somewhat dazed conversation.

MUSIC HAS become a very personal thing. With the advance of the writer-singer, songs have become an expression of internal feelings mirrored for everyone. These ...

THAT TIM HARDIN actually arrived in London last week to embark on his first concert tour is a history-making event in itself. ...

He says that if he doesn't die, he'll be rich and famous. Probably, all things being equal. In most instances, the legend looms larger than ...

Tim Hardin: Hobnobbin' With The Superstars

LOS ANGELES – The Chateau Marmont is one of the nicest places and reasons to stay in Los Angles. It retains the charm of old ...

MANY SONGWRITERS could be said to expose a little of their soul during the course of their writing, but there can't be anyone in the ...

TIM HARDIN GOT so close to the top of the heap that it's hard to imagine how he could've blown it. ...

The Legend of Tim Hardin

A CHUNKY, muscular figure. Penetrating eyes. Wispy black hair ever so slightly receding. What the hell is a legend supposed to look like anyway? "The ...

Tim Hardin: Poet Of The Interior

THERE'S BEEN a miniature Tim Hardin revival lately. Rod Stewart did 'Reason To Believe' on his Unplugged set, Robert Plant did 'If I Were A ...

Tim Hardin: Hang On To A Dream: The Verve Recordings

THE PAIN was palpable in nearly every word Tim Hardin sang, and the pleasure didn't feel all that much better. ...

AS CONCEPT ALBUMS go it was one of the more eccentric creations of the late 1960s. The mouthful of a title alone (Suite for Susan ...

The Unforgiven: Tim Hardin and the Shock of Grace

NOTE: This is the "director's cut" version – at almost twice the length – of a piece written for MOJO and subsequently used as the ...