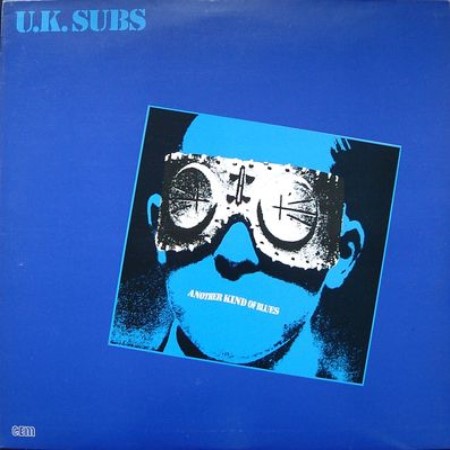 WITH ENOUGH police grouped manacingly outside in coaches, in squad cars and standing around to supervise a couple of Manchester United away fixtures, I suppose ...

GIVE IGGY Pop a sense of occasion and he'll rise to it — magnificently. The difference between Friday's concert and the first London appearance of ...

THIS REVIEW lasts 180 seconds and reads 1-2-3-4. It starts with a loud guitar burst, then bass and drums explode and your voice roars 'GARAGELAND' ...

WHEN I was at school we used to have a big fat Scottish Geography teacher who was forever clotting you round the head and saying ...

NO DISRESPECT to Dave 'half-a-shandy' McCullough but, myself, I get no pleasure from records that sound like tin baths falling down coal chutes. Witless soul ...

NO DISRESPECT to Dave 'half-a-shandy' McCullough but, myself, I get no pleasure from records that sound like tin baths falling down coal chutes. Witless soul ...

SPOT THE DIFFERENCEStudy these two pictures carefully. At first sight they may seem identical, but there are at least twelve small but significant differences between ...

Dreaming Of A Punk Christmas

"COME HERE," cried an excited Captain Sensible from the corner of the backstage lounge. "I've just discovered what this is like! It's like the Generation ...

Oi! and Skinheads: Coming a Cropper

A passionate defence of skinhead culture by GARRY BUSHELL. ...

CHARLIE HARPER is late, Charlie's always late. Me and Knox sit in the office cracking the usual jokes about it being his pension day. Not ...