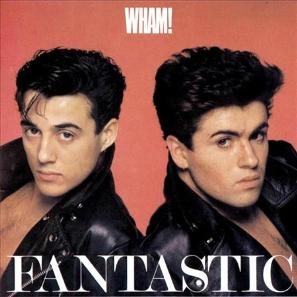 Two 19-year-olds from Bushey, Herts, who play all-British rap and funk? I meet all sorts in this job, claims Neil Tennant. ...

THROUGH THICK AND THIN, IT SEEMS. WHAM! MET EIGHT YEARS AGO AND HAVE BEEN VERY HARD TO SEPARATE SINCE. ANDREW TALKS ABOUT QEORGE. GEORGE TALKS ...

A year ago Wham! made records and simply had fun. Now they've got managers, gossip columns and solo careers to worry about. Ian Birch hears ...

MODESTY, TACT AND DISCRETION ARE NOT THE QUALITIES OF '60s POP ENTREPRENEUR SIMON NAPIER-BELL. BARNEY HOSKYNS FINDS OUT WHAT ARE. ...

WATCHING WHAM! perform live confirms the suspicion that 1983 has marked the return of the teenybopper. Wham! fans, the majority young girls, possess all the ...

Report and Interview by Neil Tennant, Smash Hits, 24 May 1984

A sun-soaked story of sea, sand, shorts, shuttlecocks and snogging. Yes, Wham! are back. Your travel guide in Miami: Neil Tennant. ...

Into Battle: Declaring War On The Pop State

IAN PENMAN goes over the top, typewriter at the ready, and asks, Can one speak of the state of pop without protecting the interests of ...

... but they used to be. Wham! now think that their whole ''Bad Boys" look is "pathetic" and they "can't believe how many people bought ...

LET'S START with Barry White. Now there was a man that I loathed. At the height of his success, I used to watch his videos ...

Wham!: The Bigger They Come, The Harder They Bite

In an historic encounter, Colin Irwin confronts WHAM! on such burning issues as sexism, politics, wallyism and taking your shirt off in public. ...

"Will George Michael Ever Appear On Stage Again"

Chris Ruocco: A Stitch In Times

NO, NOT another tardy teenybopper cash-in but an investigative peek at the rock business machinations that caused Wham!'s meteoric rise and fall. ...

The Life Of George: from self-conscious childhood, to soul boy suburbia, to immense wealth, incredible fame and alarming desirability – all between hard covers. ...

George Talks: His Frankest Interview Ever