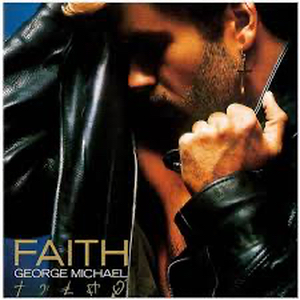 SOME THREE YEARS and 14 million copies later, George Michael follows up his solo debut Faith with an album that should prove to any lingering ...

Report and Interview by Neil Tennant, Smash Hits, 24 May 1984

A sun-soaked story of sea, sand, shorts, shuttlecocks and snogging. Yes, Wham! are back. Your travel guide in Miami: Neil Tennant. ...

"Will George Michael Ever Appear On Stage Again"

"ALTHOUGH I AM honest, I will deal with an interview with the confidence of GEORGE MICHAEL, POP STAR. And the way I deal with people ...

IS IT TIME TO TAKE WHAM!'S ARCHITECT SERIOUSLY? ...

His second career is already more succesful than his first. His spry and winning pop songs have a greater-than-average life expectancy. He is uncountably wealthy. ...

Right-on George in shape for the 90s Adam Sweeting sees a superstar work out ...

A year and a half on from Wham!'s last concert, George Michael's solo career was ripening nicely as 1988 began. His hugely successful album debut, ...

"I WAS EVERY little hungry schoolgirl's pride and joy and I guess that was enough for me" burbles George on 'Freedom '90', a tune about ...

Strictly No Admittance: The Privatisation of George Michael

At 19 he was full-time public property — a naively optimistic hit singles machine with a shuttlecock down his shorts. At 24 he emerged as ...

The Life Of George: from self-conscious childhood, to soul boy suburbia, to immense wealth, incredible fame and alarming desirability – all between hard covers. ...

"THE MOST constructive thing I can do now is to try to be a great songwriter," says George Michael. ...

In Britain, George Michael is a household name. In the USA, however, he is really well known. To alleviate the pressures of touring there, he ...

George Michael vs. Sony: "We do not speak the same language." ...

George Michael Vs Sony: This Time It's Personal

DOWN AT THE High Court, as Q went to press, the case of George Michael versus Sony was prodigiously well-paid business as usual for the ...

Why did Robbie Williams turn his back on  fame, fortune and Take That? Because he had to ...

With his new album, GEORGE MICHAEL has less to do with Simply Red or the Wets than he does Radiohead or the Manics. ...

PACKAGING HAS RARELY had more to say about the content of an album. Older's booklet interleaves lyrics with full-page shots of George Michael frowning, hanging ...

In this world exclusive – his first interview in six years – George Michael talks candidly about dope, death and his sexuality ...

George Michael made £50 million as the music businesses ultimate pin-up. It wouldn't do to compromise that by coming out as gay. But his carefully ...

ON TUESDAY this week, one Georgios Kyriacos Panayiotou, 34, was arrested for "lewd conduct" in a public toilet in Beverly Hills, only a few blocks ...

Even older, but no wiser — George Michael: Songs from the Last Century (Virgin) **

He has fought for credibility since his Wham! days — now he's blown it for ever, says Caroline Sullivan ...

George Michael: Who's a Cheeky Boy?

'WITH THE RELEASE of his George Bush and Cherie Blair-referencing new single,' snickers the Popbitch website, 'we would like to commiserate with George Michael on ...

WHILE THE AWARDS, accolades and warm sense of achievement are all nice, the best thing about having a pop career that's survived a quarter of ...

THIS WAS SUPPOSED to be part of George Michael's big comeback: a greatest hits album to follow a sell-out European tour. And, fleetingly, it was ...

George Talks: His Frankest Interview Ever

THE FIRST of George Michael's two sold-out London mega-shows on Sunday was big on bling but low on spark. ...

All rock stars have a price, even Mick Jagger

The biggest names in music have been enjoying a nice little earner – getting paid millions to perform for the super-rich. ...

Jackson had the moves, Madonna had the moxie, Prince had the sex – but George Michael had the voice … and thrilling songs like spinning ...