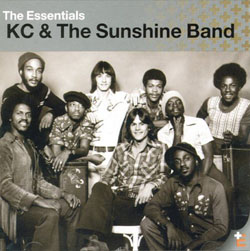 ALTHOUGH it has yet to register in the US Top 100, 'Queen Of Clubs' by K. C. and the Sunshine Band represents the second big ...

KC and The Sunshine Band: The Miami Innovation

A GREAT deal has been written about the emergence of the Miami Sound via names such as George and Gwen McCrae, Little Beaver and, of ...

YOU KNOW when you're frantically searching for a specific waveband on a cheap pocket transistor radio, and no matter how hard you try to tune ...

"I'd just put out the George McCrae album, and I kept hearing one of my tunes come busting through the wall up there." H.W. Casey ...

K.C. AND THE Sunshine Band, operating out of the T.K. Records complex in Hialeah, Florida, are at once one of the oddest and most commercial ...

KC and the Sunshine Band: Part 3/Gwen McCrae: Something So Right/Latimore: It Ain't Where You Been

IT WAS THE STUFF from which legends are carved: an office, a studio no larger than a motel room crammed with organs, pianos and a ...

WHENEVER you think of the Miama Sound, the name of K.C. & the Sunshine Band immediately springs to mind. Via a long string of golden ...

KC & The Sunshine Band: Still KC After All These Years

KC AND THE Sunshine Band was one of the most successful disco acts of the '70s. They were nominated for nine Grammies, won one, and ...