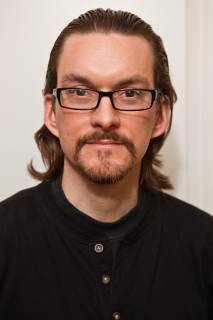 Mike Mettler was born in 1967 a month or so after the Summer of Love, and he’s been playing catch-up ever since. He started his pro rock-writing career as an intern at High Fidelity in New York in 1988 and joined the staff fulltime in 1989 while still in college. After HF was bought and folded by Stereo Review later that summer, he joined sister publication Car Stereo Review as Managing Editor and began incorporating music coverage into the magazine, finding fairly quickly that musicians were VERY interested in talking about what they drove and what they listened to while they were on the open road. To fuel his voracious appetite for learning about (and sharing) the history of rock and roll, he also chatted up artists for Musician, Guitar Player, Guitar for the Practicing Musician, Guitar, Guitar Shop, Bass Player, Bassics, Masters of Rock, and a score of other gear mags when spare time was an option. He funneled his Jimi Hendrix obsession into "USoterica," a regular column he still writes for UniVibes, a Hendrix quarterly that’s published in Italy.

In 2000, after 4 years as Editor-In-Chief, Mike renamed Car Stereo Review as Mobile Entertainment to better serve the advancements in car-audio and video technology. ME carried on until the close of 2005, when it spent its final year dubbed Road & Track’s Road Gear. Mike assumed the position of Editor-In-Chief at Sound & Vision at the end of January 2006, an interesting case of career symmetry since S&V was known as Stereo Review until 1999, the year he became a Contributing Editor.

These days, Mike tries to balance the dichotomy of his passion for both sweet-sounding vinyl and head-spinning surround-sound music mixes. His ever-understanding wife Krista, an independent music publicist, is generous enough to allow him an entire room upstairs in the house to cultivate his rock magazine and book library and another room in the basement to harvest his ever-expanding LP, CD, DVD, and Blu-ray Disc collection.

FOR BLUES TRAVELER, 1992 was a year to forget. An eager, improv-hungry, neo-retro band that long ago dubbed their endless cross-country trekking "On Tour Forever," ...

Two of rock's Holy Grail albums, 1976's Boston and 1978's Don't Look Back are finally remastered by the band's meticulous mastermind, and he tells us ...

LINDSEY BUCKINGHAM is finally a free man. "It feels great," he enthuses, savoring the fact that the release of his third solo album, Out Of ...

"I TEND TO GET carried away with technology," admits Graham Nash, one-third of the sweet harmonic equation that comprises the signature sound of Crosby, Stills ...

AVANT-GUITARIST Reeves Gabrels began his ten-year-long collaboration with David Bowie in 1989 with the hard-edged Tin Machine project. He has since garnered a reputation as ...

WHEN A DRUMMER is acknowledged as occupying the same rarefied air as Rush's Neil Peart, it says a lot about just how damn good the ...

HELMET'S PAGE HAMILTON has impeccable credentials. He holds a master's degree in jazz performance from Manhattan School of Music, and he has been part of ...

HAVE WE PERHAPS witnessed the last hurrah for the mega-selling studio-musos-cum-touring-phenoms Toto? According to guitarist/vocalist/co-founder Steve Lukather, "we're winding it down. This DVD [Falling in ...

"IT RAINS all the time, so you're always inside." Mike McCready laughs; the lead guitarist for Pearl Jam is trying to explain why Seattle is ...

Phish and H.O.R.D.E.: In the Beginning

EMERGING FROM the haze of haircut bands that dominated the early '80s was R.E.M., a mysterious and gripping outfit hailing from the college town of ...

"MY PENCHANT for feedback came naturally," smirks Billy Corgan of Chicago's Smashing Pumpkins. "One day I connected a Supro amp to a Les Paul, turned ...

HE'S A MAN who's been everywhere and done it with everyone, and lived to tell the tales. He's Dave Stewart, the production wizard best known ...

"IT'S BEEN difficult for me to drop into the background, since my whole life has been about being in the foreground," observes Robin Trower about ...

Report and Interview by Mike Mettler, Guitar, May 1997

SEEING ZZ TOP'S Billy Gibbons without his trademark shades on is like viewing the emperor with no clothes: it's a startling vision. Yet here's the ...